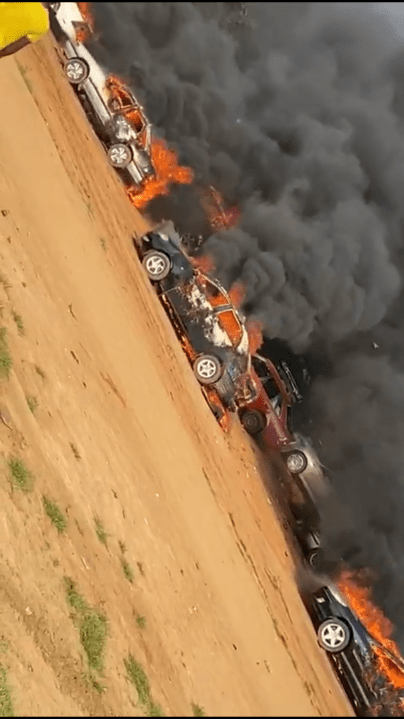 Following the protests against police brutality and extra-extra-judicial killings on Monday in the FCT, some hoodlums have burnt down over 50 cars at Apo Mechanic village in Abuja.

The cars, displayed for sale at a car stand, were set ablaze by alleged thugs hired to disrupt the agitation for comprehensive police reform by #EndSARS protesters.

It was gathered that the miscreants had attempted to attack the demonstrators at Apo during their rally on Monday morning. However, the protesters overpowered and repelled them

But by the time the hoodlums reinforced and came back to the scene, the #EndSARS protesters had dispersed.

Angered, the hoodlums attacked a car stand at Jesus Avenue, along Apo Mechanic Village and set it ablaze.

Meanwhile, those around the scene of the incident said the thugs vandalised other valuables in the area while harassing them.

Continue Reading
You may also like...
Related Topics:EndSARS, protesters