Two students of the Kwame Nkrumah University of Science and Technology (KNUST) are seen fighting tirelessly over a girl. 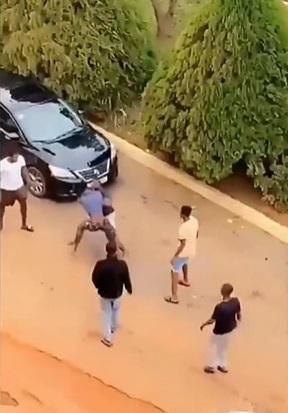 In a video making rounds on social media, two grown guys are seen combating without rules in broad daylight on the street over a woman.

The fight reportedly occurred at George Hostel as other students watched in wonder what could’ve gone wrong between the grown-up guys to come out in public to settle their differences over a woman. 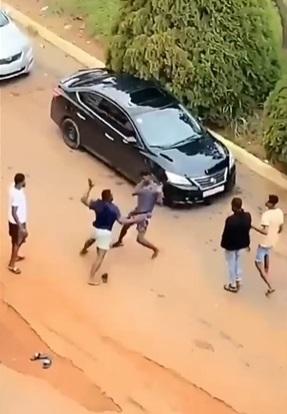 An eyewitness who recorded the tape could be heard saying “Mortal Kombat.”

Watch the video below …